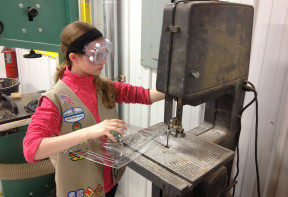 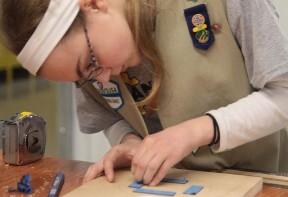 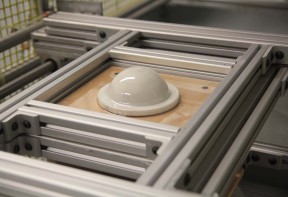 One of our favorite members, Jennifer, with the guiding hands of her father, Bob, used the resources at The Manufactory to build a scale model of the solar system which is now on permanent display at her Alma Mater, Fairfield Middle School.

It was a very clever design. Each planet and it’s basic facts was shown to scale, inside a plastic domed plaque that was made in the same scale as the sun. The plaques were then placed at scale distances around the school to put in perspective how vast space is.

Jennifer used the 3D Printer to print out a mold for the dome.

They then created the domes using by vacuum forming acrylic plastic (a first for a member) on the vacuum former.

To finish up they used the laser engraver to engrave plastic for each planet and the informational plaques.

We are very proud of Jennifer’s accomplishment and that we could help here earn her Girl Scout Silver Award.

More of the story and pictures can be found on Fairfield City Schools website.