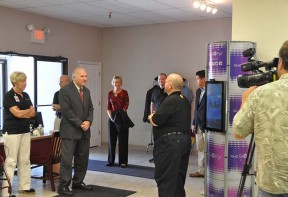 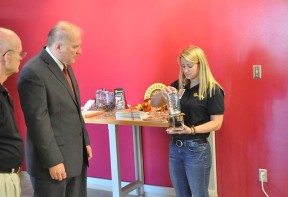 On Friday, August 15th, U.S. Congressman Steve Chabot, of Ohio’s 1st District, along with several of his aides, visited The Manufactory. Mr. Chabot was treated to our standard tour and also had the opportunity to stop and talk with several members as well as other visitors. Mr. Chabot showed a genuine interest in the work our members perform here as well as an appreciation of the value The Manufactory brings to the community. Mr. Chabot is a member of the Congressional Maker Caucus.

Also present was Andy Brownfield of The Cincinnati Business Courier. Andy had the opportunity for a one-on-one interview with the congressmen. The piece that he wrote can be read here. We thank Andy for his accurate journalism and for the time he spent here. Andy previously wrote an article about us back on February 24, 2014. Andy included some nice quotes from our other resident family, the Wises.

A videographer/reporter from WXIX-19 also visited, asked questions and shot some video. We cannot find an online link to the story. This is just as well because the broadcast story left a lot to be desired from a factual point of view. According to the report The Manufactory is actually named “Makerspace” and we are a manufacturer of 3D printers and laser engravers. However, they did have it right that we were in Sharonville and that Mr. Chabot visited us. We would like to extend the folks at channel 19 an invitation to come out again, make it right and do a story that accurately portrays the importance of the Cincinnati maker movement.

The folks from one of our resident businesses, SelfiPix.com, set up one of their photo kiosks in the lobby. The congressman took advantage of the opportunity to use the booth to take a few shots on the booth which is tightly integrated with social media such as facebook and twitter. It is a touch screen device that takes a Selfie which is automatically uploaded to social media sites, in our case they were uploaded to our Facebook page. It also adds a skin to the picture that is custom designed for the event. This is a great marketing tool and can be used for all kinds of events big and small. It is also a lot of fun for personal events such as weddings. 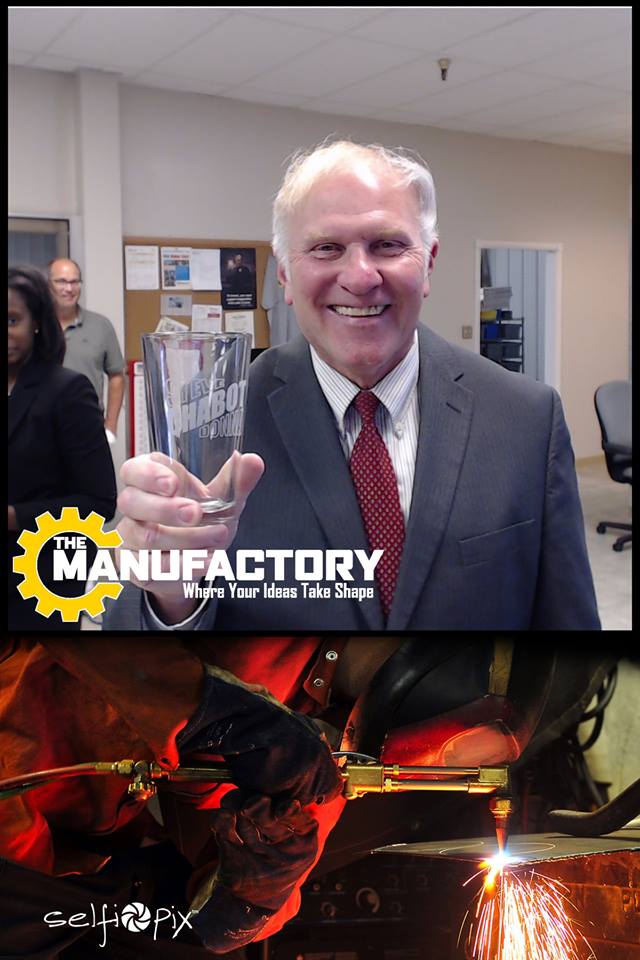 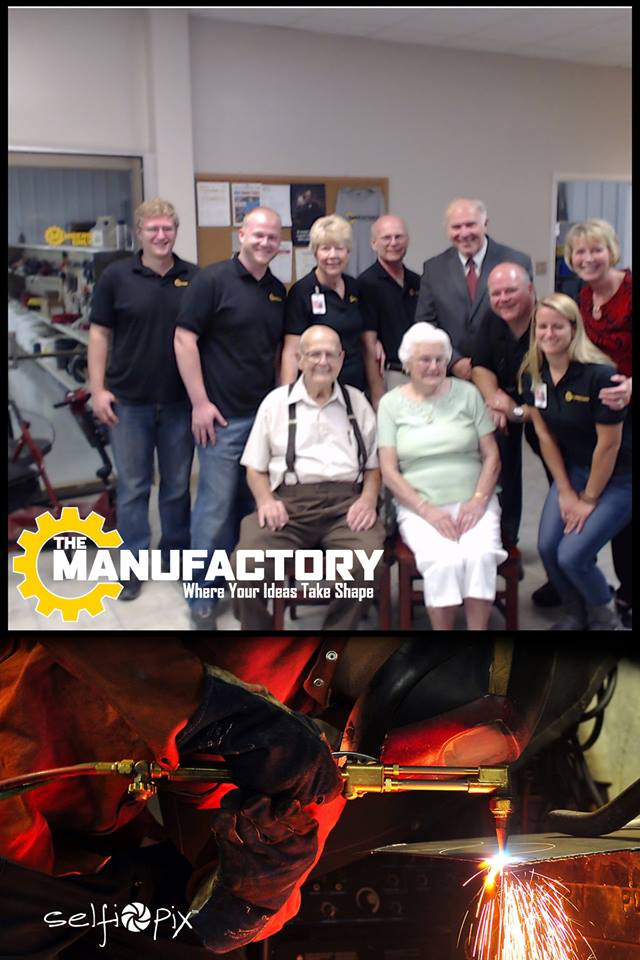